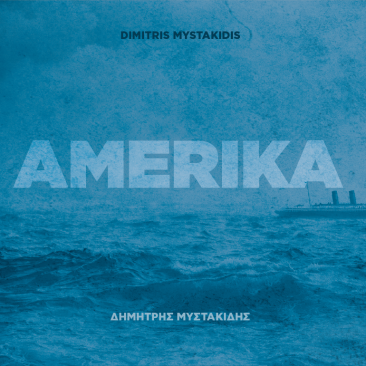 »If ever you wanted a record to justify that ‘Greek blues’ tag, Mystakidis’ CD is the one. Just his solo acoustic guitar and voice, plus a few touches of guest vocal, it’s a thing of understated power and wonder. From its opening version of the familiar standard Kai Giati De Mas To Les with its stately fingerpicking (“f*** me, Skip James meets Ali Farka Touré”, one friend exclaimed), it could be a masterclass and inspiration for many, its cross-pollination of new-and old-world bending the ears somewhat in the way that Davey Graham’s early records did more than five decades ago. The classily simple bilingual Greek/English blue package outlines the historical background and spells out the tunings used too. It’s a a bit of a treasure and deserves to become a reference point for open-minded acoustic guitar fans worldwide« – fROOTS

Prompted by the special “tsibiti” technique (rembetiko fingerstyle) and the singular guitar playing of Katsaros, Doussas and Kostis, Dimitris Mystakidis reinterprets in his own personal manner rembetika that have been released and performed only in America.

Rembetiko fingerstyle, a.k.a. the “tsibiti” technique, was developed in the United States in the beginning of the 20th century, mainly by Kostas Dousas and Yiorgos Katsaros, but also in Greece by Kostas Bezos (A. Kostis). The brilliance and adaptability of these folk musicians led their artistry to unexplored paths: Influenced by the fingerpicking technique of Afroamerican bluesmen, they embraced the distinct open tunings they found in America, creating an original guitar playing technique. The melodies from the homeland, along with their own compositions, acquired a new sound in the neighborhoods of the New World.