Dimitris Mystakidis is a Greek folk guitar* virtuoso, who for the last 20 years has pursued his personal quest investigating the roots and branches of rembetiko.

Born and raised in Thessaloniki, his passion for music was fueled by a school teacher who set his own curriculum by teaching music for half of the school day. Dimitris was literally self-taught while he started his music career as a professional at the age of 16, in 1986 . His mother’s love on rembetiko and the second rembetiko revival in the early ’80s defined his commitment to this music. At the age of 20 he started his studies at the conservatoire once he could self-fund them.

Dimitris is a multi-instrumentalist who jointed forces with the great majority of Greek artists – composers, musicians and vocalists, while the most long-standing collaborations was with the composer and performer Nikos Papazoglou and his band “Loxi Falagga” (Oblique Phalanx), and the composer, songwriter and performer Thanasis Papakonstantinou.

He has performed in World Music festivals and venues across Europe with his former band Apsilies and with My Sweet Canary Ensemble (along with Yasmin Levy, Mehtap Demir, Mor Karbasi, Savina Yannatou and Giota Negka). He has also performed in the opening ceremony of WOMEX 2012 in his hometown, Thessaloniki, both with Apsilies and My Sweet Canary Ensemble.

He participated in the International Lute Meeting, held in Athens in April 2005, along with 15 other artists from across Mediterranean, soloing with lute.

In December 2006, he released his first solo album, 16 Rembetika tragoudia me kithara (16 Rembetika for Guitar), in which for the first time in Greek music history rembetiko songs were arranged exclusively for folk guitar. This work was so impactful that nowadays numerous rembetiko bands are following Dimitris’ steps.

World Music Network (UK) showcased this album and included it in Rough Guide’s album Greek Café as bonus CD, while Introducing released it in digital in 2012.

His zeal to approach rembetiko repertoire to all its depth and width, led him to release, along with Evgenios Voulgaris, Apostolos Tsardakas and Theodora Athanasiou, the second album Apsilies (2009) with rembetiko songs from pre-war and Smyrna (Ismir) era and his third album, Psithirizontas to Rembetiko (Whispering Rembetiko), along with Evgenios Voulgaris in 2013, with rembetiko songs arranged for folk guitar and yayli tanbour.

His next album Esperanto, the second solo recording, released in November 2015, including sixteen songs from the post-war repertoire, exclusively arranged and performed with guitar and with the participation of some of the greatest Greek vocalists.

In February 2016 he participated as a performer in TEDxAthens 2016. Video

His latest album Amerika was released in April 2017, including songs that were written by Greek immigrants in America over a century ago. In his album Amerika, Dimitris revives the forgotten “tsibiti” guitar style of these musicians, a technique that is clearly influenced by the fingerpicking technique of African-American bluesmen. 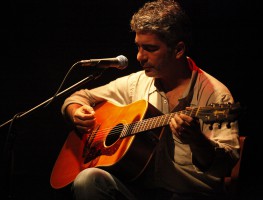 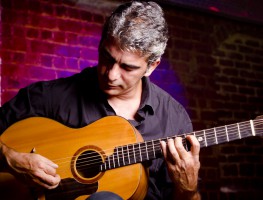 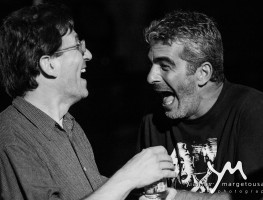 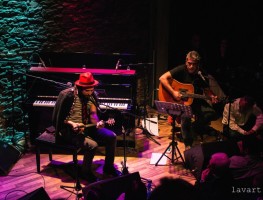 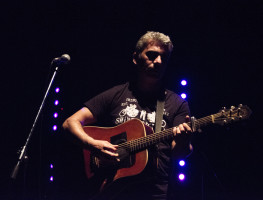 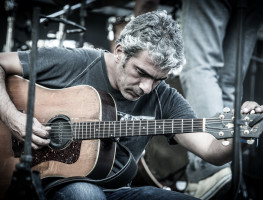